The lift head of the TGT Robby 600 universal you can turn in all directions and it is possible to telescope the arm electrical 600 mm forward.
Similarly, the flexible head is tiltable up and down as well as 360° manual rotatably.
180° pivotable sideways and 200 mm on the front axle laterally displaceable by motor. The TGT
Robby 600 universal is equipped with a powerful electric-wheel drive and, of course, with a  2circle sucker device according to EN 13155. 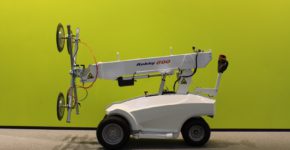 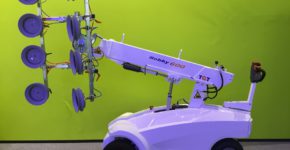 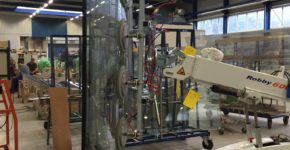 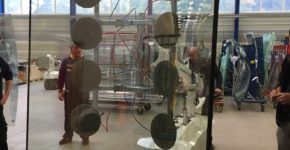 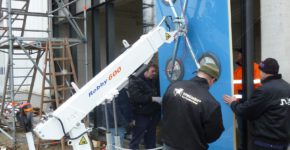 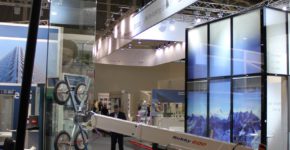 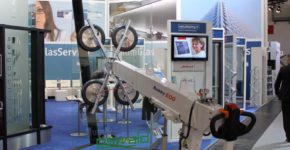 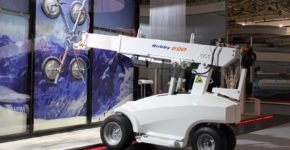 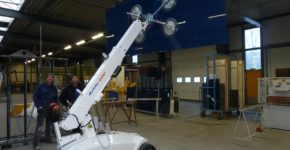